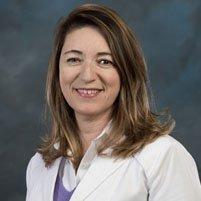 Hemorrhoids are a painful and embarrassing condition that can affect anyone throughout the course of their life. There are statistical reports that up to 30-40% of the United States population suffer from this embarrassing illness. The exact prevalence of patients suffering from hemorrhoids is not easy to establish because underreporting. For patients in and around San Clemente, CA, Dr. Klause is an excellent choice for hemorrhoid relief. She performs a number of incision-less procedures to help patients reduce their suffering and utilizes the most cutting edge technique while during in confidential and caring environment.

A number of different things can cause hemorrhoids, including straining too much during bowel movements, frequently passing hard stools, having frequent diarrhea, being pregnant, being obese, standing or sitting for too long, and cirrhosis of the liver. Some people are simply thought to have weaker veins, which increases their chances of developing hemorrhoids.

What Are the Symptoms of Hemorrhoids?

How Are Hemorrhoids Treated?

Several different treatments are available for hemorrhoids, most of which involve an incision-less procedure. Rubber band ligation is one common method in which the doctor ties a band around the hemorrhoids, causing them to lose circulation and eventually shrivel up and die. Sclerotherapy is another technique during which the doctor injects the hemorrhoid with a chemical solution that causes it to shrink and eventually disappear. Because both of these methods do not involve surgery, they can be performed right in the doctor's office.

For more serious cases, a transanal hemorrhoid dearterialization is a minimally invasive surgery that helps to remove internal hemorrhoids. If this method fails, a hemorrhoidectomy may be necessary. This is a surgical procedure that involves cutting away hemorrhoids.

Please verify with your insurance company of the payment details and coverage.

Words from our patients